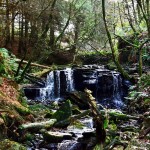 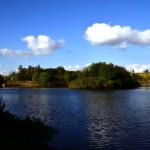 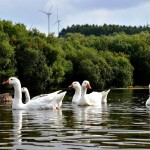 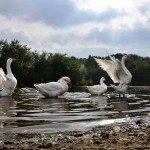 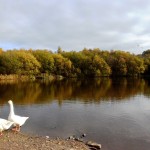 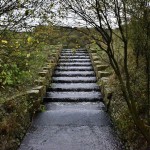 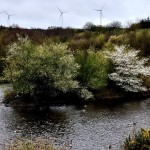 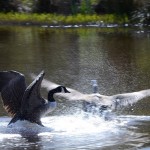 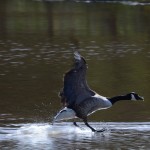 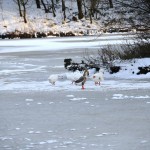 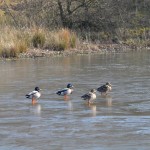 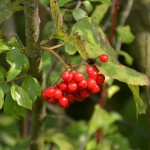 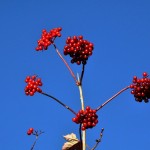 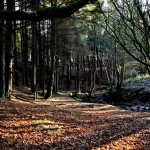 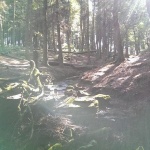 Many years ago three geese were released onto the Jackhouse. A white Goose and Chinese goose and a brown goose. These geese survived despite being shot having stones thrown at them and general abuse. Other people fed them looked after them and in once case took the big white goose to the vets to have a airgun pellet removed from its eye.
After a number of years they successfully bred. There had been a few years where chicks appeared but non got very far. The year of foot and mouth because of a lack of disturbance they managed to rear the chicks now on the pond. Not sure who belongs to who but there is a least one Canada goose  making a contribution to the next generation.
Today if you look closely at the legs on the white geese you will see traces of stripes from either the brown goose or the Canada’s. There is also one goose which is a definite cross between Canada’s and the domestic geese.
This means we have our own genetically unique geese at the Jackhouse which is something worth looking after.
If you want to help them the best food is a mix of corn and wheat which can be got from any corn merchant. Bread fills them up but does not give them the nutrition they need. Greens such as lettuce.  Any advice about food gratefully received.